Showing posts from March, 2009
Show all

It looks like Mark Little is moving into the CTO role at the JBoss division in Red Hat as Sacha Labourey departs.

This is a great move. Mark is very smart, has deep experience in enterprise level software, is very collaborative and has a quiet drive for success. Plus Mark comes from Newcastle, England - which I think is a pretty close translation from Neuchatel, Switzerland where Sacha is from.

I first met Mark when Rich Friedman and I went to Newcastle to try to convince Arjuna Labs to join forces with Bluestone about 10 years ago. Mark was the genius CTO who was one of the key guys on an amazing team that had developed a Java Transaction Processing technology. Mark was one of the leading, recognized industry experts in this field. He was the one who drilled us with questions across the board - technology, people, processes, customers, culture. Mark had an understanding far beyond the details of the code and into the whole complex set of people, customers, partners and markets t…
2 comments
Read more

Sacha Labourey announced today that he is moving on from Red Hat - JBoss.

But I would say Sacha Labourey had as much impact as anyone over the years at JBoss.

Sacha started like all early people with JBoss – as a contributor. He wrote the first implementation of clustering with JBoss. That capability is what moved JBoss from a simple developer tool and low end app server to something that could seriously compete with WebLogic and WebSphere.

That early work established his technical smarts, but it also was the ki…
1 comment
Read more 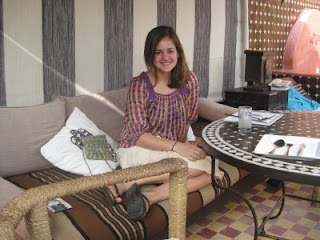 I just returned from a great trip to see Allison since she is doing a semester in Toulouse, France her Junior year. It is really cool to see your daughter grow up so well.

We did a long weekend adventure to Marrakech. Allison has done a lot of studies about the French colonization of Northern Africa and some of the modern implications of that with immigrants to France. She was also supposed to be taking a course in Arabic, but alas the French are on strike so that class has met rarely.

We stayed in a Marrakech Riad - Riad Dar Najat. This is a picture of Allison relaxing on their open lounge area on the top floor.

Getting a good Riad is pretty important. Riad's are the equivalent of American Bed & Breakfasts. The streets in Marrakech are lined with walls typically without many windows. It is kind of hot and dirty. You open the door to the Riad and it is like an oasis! Open courtyard to the sky and typically three floors with a couple of bedrooms on each floor and an ope…
7 comments
Read more
More posts