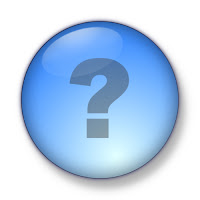 Launchableannounced today that Kohsuke Kawaguchi is a co-founding member along with Harpreet Singh. Why is this important? Well obviously because of two things - Kohsuke and how their company will improve DevOps with a new era of testing.
Why is Kohsuke Important? In short, because of a proven background of creating a massively used technology, in an open and inclusive platform and community, and has done so in a humble manner.

Kohsuke created Jenkins (then Hudson) while he was a developer at Sun. He saw a chance to have software serve his need of doing continuous integration - automating the cumbersome build-test-deploy cycle. He soon realized it could be used by his colleagues and the rise of Jenkins began.

Check out Part 1 and Part 2 before reading this, or you may get lost and confused.  Part 3 involves my memories of the Technical Team, which was the heart and soul of JBoss.  The foundation that made everything possible.  BTW, in this article, it is worth clicking on the links - there are some historical and hysterical ones...

The chart at the right is from June, 2004.  As mentioned earlier, I did not start working with JBoss until September, 2002.  I won't go into all the folks on the right, and I'll add a few.

The one important person involved with the JBoss technology that I never met was Rickard Oberg.  Many give him credit for the Microkernel architecture and building much of the early versions of JBoss.  He left before I got there.  I was never clear on what happened, but my impression is that both he and Marc had strong opinions and that finally led to his departure.  I do know that Marc always talked well about him.  Marc offered him some of the Economic Interest Unit…
Read more

It looks like Mark Little is moving into the CTO role at the JBoss division in Red Hat as Sacha Labourey departs.

This is a great move. Mark is very smart, has deep experience in enterprise level software, is very collaborative and has a quiet drive for success. Plus Mark comes from Newcastle, England - which I think is a pretty close translation from Neuchatel, Switzerland where Sacha is from.

I first met Mark when Rich Friedman and I went to Newcastle to try to convince Arjuna Labs to join forces with Bluestone about 10 years ago. Mark was the genius CTO who was one of the key guys on an amazing team that had developed a Java Transaction Processing technology. Mark was one of the leading, recognized industry experts in this field. He was the one who drilled us with questions across the board - technology, people, processes, customers, culture. Mark had an understanding far beyond the details of the code and into the whole complex set of people, customers, partners and markets t…
Read more