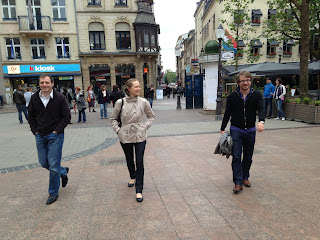 I'm in Paris and Luxembourg for board meetings with eXo and Codenvy.  Also, Adobe just bought Neolane for $600M.  They are based in Paris and were funded by Auriga and Xange - the same VC's who are backing eXo and also have some ownership in Codenvy. (In fact the eXo board meeting had to end early so Phillippe and Nicolas could go finalize the closing of that deal). Several thoughts on this while I have a bit of time:

Cloud is Big and Global.  Well, that is obvious these days.  But I find it interesting that Neolane will become "Adobe Marketing Cloud" and be headquartered in Paris. The distributed mode of operating a company is becoming more accepted. We've also seen at eXo, Codenvy and CloudBees that Europe is a strong early adopter of Cloud technology. Having a presence in Europe is becoming a strategic advantage and a good place for selling Cloud solutions.

US Tax Avoidance.  It has been well publicized that US firms have a lot of cash overseas that they can not bring back into the US to avoid paying taxes.  Adobe had $2.4B+ overseas as of 2012.  Acquiring a company that will put some of that cash to use is a wise move on Adobe's part.  I bet we see more of this search for International firms to acquire.

US Tax Avoidance Parts 2&3.  eXo was born in France as a company.  It has benefited from a number of government programs that encourage small companies with grants and loans.  Codenvy was a spin-off of eXo and was created as a Luxembourg company.  These company structures take the old strategy of all companies being from Delaware to a new level of globalization seeking to minimize taxes for the company and their investors. 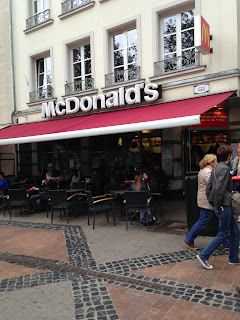 Globalization.  We were walking down the streets of Luxembourg talking about they looked like they could be anywhere.  The global name brands were in full display - BCBG, H&M, Gap, McDonalds...

Startup companies should consider some of these elements as they grow.  Consider overseas VC firms, consider moving more aggressively outside the US.  Even consider locating your next startup in someplace beyond Silicon Valley.