December 18, 2013
Alex McCaw wrote an excellent blog explaining stock options - http://blog.alexmaccaw.com/an-engineers-guide-to-stock-options.  Everyone getting options (an engineer or not) should read this - especially the tax implications of converting your options. 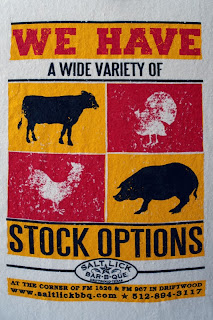 I thought there were several common issues that could use some further explanation using an example.

Pre Money and Post Money Valuation.  Since people like big numbers, so this is usually expressed as post-money. So the company was valued at $40M before the investment, but now that they have another $10M in the bank, they are now worth $50M.

Dilution.  Before the investment there were 4,000 shares/options, each worth $10, and each representing 1/4,000th of the company.  For the investment another 1,000 shares were created and sold to the investors at $10 each.  Each share/option each employee had was worth $10 before and $10 after - so there was no economic dilution.  Each share/option is no representing 1/5,000th of the company - so there is a % ownership dilution.

Dilution can be an emotional topic.  For founders as they go thru rounds they drop from 60% ownership to 30% to 15% and feel a loss of control of the company. But this is the deal for getting those financial resources into the company. Dilution for most employees does not impact "control", but a feeling of "worth".  They may start with 1% but at the end be at .2%. The fact that each round was needed and valued "fairly" means it was just part of growing the company. Just like adding another superstar developer or VP of Sales.

The point I would like to make is that company leadership should explain this during the growth stages and when new investment comes in.  It is a simple fact and should be treated as such. Don't wait to sell the company and people think they have 1% and they actually have .2% - too much heartache when there should be celebrations.

Option Valuation. In our example the valuation is $50M, but that valuation is for Preferred Shares. The reality is that Common shares (which options are tied to) are NOT worth that much. The reason is covered in Alex' blog. Boards will try to get a valuation done for the company at the lowest possible price.  These days that is about 20% (and it seems to have gone up over the past 10 years and continuing to head upward). Boards have a reason to try to get the minimum valuation because it is an incentive to hiring people, so in this case boards are definitely on the side of the employees!

So that means if you are issued options around the time of this funding, your options will be priced at $10 * .2 = $2. So, if the next week the company is sold at $50M, you are in luck because your options will be worth almost $10 a piece! (it is "almost" because some preferences may wind up giving some of that first $50M to the preferred shareholders).  Of course if the company sells for $10M in a year, then the preferred shareholders get all $10M and you get nothing - hence the reason for the decreased value of your options.

Who Deserves How Much? This is one thing I have learned - no one gets what they feel they deserve. At some very successful IPO's and Exits I have been a part of I have seen unhappy people from the founder to the CEO to the Exec team to developers to sales people - well, everyone. It seems some people always have a high opinion of themselves!

The fact is that there are four key things that determine how much you get:
So negotiate the best you can, but the big wins come from being part of a company that grows really fast and increases their valuation 10X while you are part of the team. Good luck on finding that opportunity.

In the mean time, enjoy your job and live within your existing compensation!