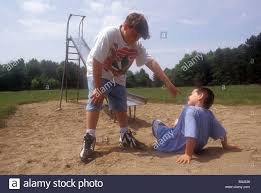 One of the big choices facing not only politicians, but businesses and other Nations will need to choose which strategy when working with Donnie. Like the bully in the playground, the choice is to:


Putin, most Republican politicians and the business leaders who heed his calling out on the playground yard are "trying to work with him". Just like the bully, he is easy to out-smart by playing to his ego. Tell him you will keep workers in the US, tell him you are creating jobs in the US and he gets his ego rush and thinks it is all because of him.

On the other hand, there are businesses who are trying to avoid - Uber and Nordstrom are the two stories in the news today. But with boycotts going both ways Pro Donnie and Anti-Donnie, most smart businesses who want to take this strategy will just cover up for a while.

For politicians - both leaders of other nations as well as US politicians, there is a similar version of the decision to be pro or anti (or hide from) Donnie. Of course it is expeditious for Democrats to fight - they have a lot to gain if the pendulum swings back from Donnie. For Republicans it is clear he is giving them enough that they will keep bringing him their lunch money. For other Nations who are not under autocratic rule, it is much more complex. While they may receive benefits from their relationship with the US (protection, trade, tourists), politically at home getting too close to Donnie is not politically smart (16% popularity in this poll).

Figuring out how to play with bullies is tough. Just ask the Australian Prime Minister...