Sometimes a combination of market forces, technology changes and people coalesce into a rare opportunity. That is happening for CloudBees now.

DevOps has been hot for the past few years, but the recent GitHub acquisition by Microsoft put an exclamation point on it that reverberated in the industry and beyond.

In 1913, Henry Ford put together the idea of the assembly line to produce cars faster with higher quality.

Today, almost every business and organization on the planet is based on software at some level - to track orders, to win new customers, and even to replace old business models. And the key competitive advantage is creating better software, faster.

Several years ago, the idea of DevOps emerged - basically cutting the overhead and shrinking the time to market. Companies like GitHub were created to allow developers to share code and make changes faster.

A clever guy at Sun, Kohsuke Kawaguchi, saw a personal and organizational problem way before the DevOps revolution - back in 2004. Every time he made changes to his code, he had to go thru the laborious, manual task of compiling, building, testing and deploying his code. He created the predecessor to Jenkins to automate this. Eventually he founded the open source project Jenkins (based on a name of a fictitious Butler that took care of things for him). 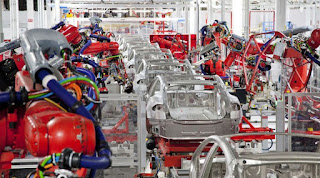 It is not an exaggeration to compare Kohsuke with Henry Ford for creating the equivalent of the software assembly line. The DevOps "Pipeline" is the software assembly line. At one end, developers write code and share and store that in GitHub. The basic function of Jenkins is to watch code repositories like GitHub for changes. And on each change any of the developers makes, go thru the whole process of taking that code thru the laborious and complex process of making it into a running application.

Today, over 170,000 organizations across the globe use Jenkins to automate their DevOps Pipeline.  At any point in time, there are over a Half a Million servers running the Pipeline to create the software all of us use for tens of millions of software projects. If you think a Ford assembly line is busy - think about the Billions of software releases flowing thru the Jenkins Pipeline. 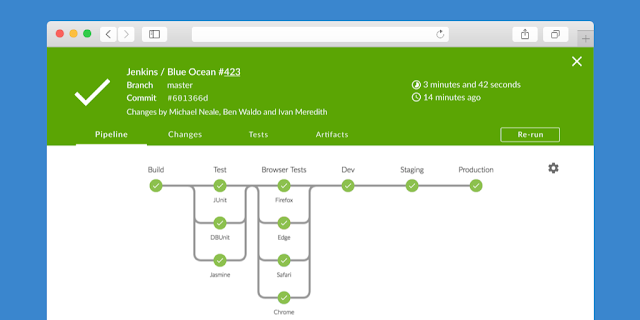 CloudBees started as the company to take Jenkins to the enterprise. And we have met with amazing success, with many customers adopting our solutions for improved security, automation, sharing, and management. Now, companies are starting to ask for more. They realize the importance of their software factory Pipeline. They want improved speed, improved control, improved consistency and quality.

Just as the Assembly Line was the key to the flow of cars at Ford, the CloudBees Pipeline is the key to making software. To take a later day example, no manufacturing company can run today without their ERP system - enabling them to monitor and control each step of the process. As CEO's begin the realize the central role of software to their organizational success, they will need that same level of control, visibility and optimization.

CloudBees has made a series of strategic moves in the past year, bringing on key talent (including Anthony, Matt and Christina) making a strategic acquisition, and taking a leadership position in the emerging Kubernetes market. Over the coming weeks, CloudBees will make a series of exciting announcements that will further solidify our position as the Hub of DevOps. Stay tuned!