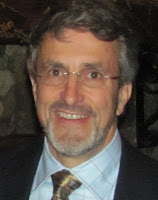 As reported last year, I am trying to do a Business and a Running Year in Review at the end of each year. It is a good way for me to kind of think thru what has happened and where I am going. It also leaves a trail (I have personal Christmas Card write-ups that go back to 1995 that are personally interesting to read).
2010 has been a big year with very major changes in CloudBees, eXo, Metaverse and RunSignUp.com. Maybe a bit too busy at times, but very cool to be working with so many smart people and figuring out ways I can take credit for their brilliant ideas.
Marlise noticed the Microsoft Cloud commercial the other day and asked if that had anything to do with what I work on. I said pretty much every one of the companies (besides the store) I work with is focused on the Cloud. This along with mobile/tablet devices will be the #1 topic the next several years in the world of technology... I thought for sure my middleware experience would be totally useless by now, but the industry has re-created itself again and I'm up to my neck with Cloud fun...
CloudBees - Sacha Labourey, my old friend from JBoss,

got serious about seeing the potential of the Cloud. He formed CloudBees formally in April with a team of elite developers. By the end of the year he
has established the company as the leading innovator in the Java Cloud space, closed funding from Matrix Partners and Marc Fleury, acquired Kohsuke Kawaguchi's (the founder of the Hudson open source continuous integration project) company InfraDNA, acquired Stax (the first Java Platform as a Service), is producing revenue and had over 350 Beta users of the DEV@Cloud service. I've joined as a board member and part time adviser. The Cloud will be the big topic over the next several years as companies move toward the promise of lower cost and more agility. CloudBees has a chance to be larger than JBoss. It should be a fun 2011.
eXo

- This has also been a big year for Benjamin Mestrallet's 7 year old company. In spite of me getting named as Chairman, investors put $6M into the company in March. We released the joint open source project, GateIn with RedHat in the Spring. RedHat has now shipped two products based on eXo technology, and those are starting to produce real revenue to the company. Finally, we put out the 3.0 release of the eXo Platform in September. This was a huge endeavor that took the whole company (140+ people now!) to produce the first real User Experience Platform for Java. This takes the 10+ year old idea of Portals to a whole new level - combining Social, Collaboration, and Content capabilities. This is sorely missing in most Java applications today and we are seeing great adoption. 2011 promises to be a fun year with advances on the Cloud and Mobile.
Metaverse

Last year I explained how Metaverse had implemented the Chameleon project to successfully move beyond just their own website selling artwork, www.fulcrumgallery.com, to being the art web service for over 100 companies like Borders, OfficeMax, Kohls, Sears, Macys, CafePress, and Bryan Lane. This year, they reaped the rewards of focusing on operational efficiencies and became very profitable. They have decided to pour that profit back into the business and are in the process of creating a huge new business opportunity. In November we launched our new service that helps people monetize their domains. We have started with artwork and already have over 1,500 websites up and running on the new platform. The idea is that there are many "parked domains" that have very good URL's where people might look to buy. For example, www.motivationalposters.com was an empty domain. Metaverse is now hosting this domain and sharing revenue with the domain name owner. This has the potential to double our revenue in artwork. And in 2011 we will begin expanding beyond artwork. With our ability to host literally hundreds of thousands of websites (and create them in less than 5 minutes), we are going after the "long tail" of the ecommerce market with a very profitable, low overhead business model. I am really lucky to be an "angel investor" and be on the board with Bob Monsour and helping the very driven team led by Doug Kerwin, Tom Novellino, Rich Sbarro and George DiLorenzo.
Moorestown Running Company

I write more about this in my Running Blog. This is a passion business for me. And it is very fulfilling from that perspective. We have been open 3 years now and have finally become profitable (although it will take about 10-15 more years to retrieve my original investment). We did over $800K of business this year, and have expanded our offerings into coaching services and team uniforms. These both fit with our core mission of helping serve and build the running community. More on my running blog.

- We just completed our first full year in business. We had about 200 races use us and over 10,000 people register online. I also made the decision that we will be expanding next year (after inspiration from Lorenzo Eagles this past summer - "I don't know about expanding, Bob") and have started a series of investments that will probably triple our numbers and make us the technology leaders Cloud services for running. Jordan Desilets has joined to help customers. He is training for the 2012 Olympic trials in the Steeplechase. He is a sub-4 minute miler and just won the Detroit Marathon this fall - so he is quite diverse in his talents... My old Bucknell running buddy, George Buckheit, is also helping with customers in the DC area. And the Scott Coffee Moorestown Rotary Race Director, Bill Van Fossen also helps us with customers in the Philadelphia area. Our development team is up to three now. Stephen Sigwart, the original creator of the website, is now getting his PhD at University of Delaware, but is still spending a lot of time working on the site. My old friend Brian Robinson is helping us part time as our project leader and doing development work in the areas of performance and maintainability and social features. And we have added a full time developer, Andrew Burke, who recently graduated from Villanova with his Masters in Computer Science. As I stated last year, this is a "lifestyle" business. It is a lot of fun to make a great cloud service that really focuses on the running community. This year we will bring out the following services: Running Club Membership Management, Kids Running Clubs, Running Coaching, Running Logs, Timing Service integration, Results management, Mobile Timing services and lots more... We move fast because of our people and our focus just on running...
So 2010 was a busy year. As I do each year, I expect next year to be a bit less busy, but I am sure all of these companies will keep me from getting too bored in my old age...