Codenvy formally announced their spin-off from eXo and new financing of $9M today.

Codenvy does for developers what Google Docs did for Word users - open things up to the Cloud.  That means better collaboration, closer integration with Cloud Services like Github and the PaaS vendors like CloudBees, CloudFoundry, Amazon Beanstalk, etc.  It means faster set-up and team enablement.  It means editing on a Tablet NOW instead of waiting to get back to my desktop and Eclipse.  It means more freedom and more control.

The background on this started several years ago Benjamin Mestrallet, the founder of eXo Platform, saw the need to easily create the new wave of applications - easily tying widgets and back end data sources.  He had a crackjack team of developers working on this, and the idea kept expanding.  Last year he realized that this technology was too important to keep bottled up inside eXo.  About the same time, Tyler Jewell joined the company.  One thing led to another, and pretty soon we had a plan to have Tyler become the CEO of this new company.  Getting financing was simple given the head start the team had built, the customer adoption, and the clear direction of the market.

There are lots of things to like about coding in the Cloud.  But the best is it is simple to give it a try - https://codenvy.com/. 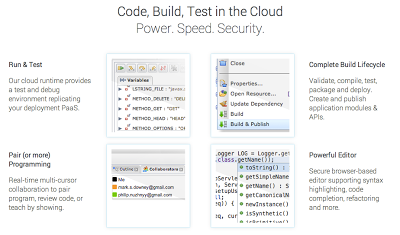 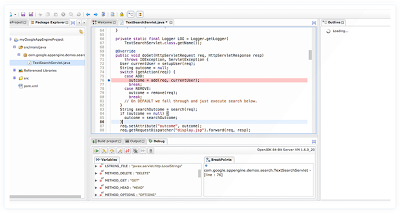